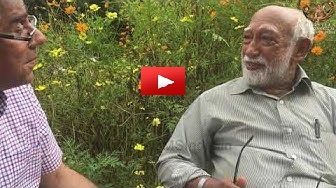 It was indeed a pleasure to talk to Fr. George Appassery, V. C. who is a passionate lover of the Syriac language and heritage of the Syro Malabar Church. The eighty-year-old Fr. Appassery attributes his interest in the Syriac language to his grandfather, who was a sacristan at his local parish at Bharananganam, in the Eparchy of Pala. In those days, the sacristans had to know the Qurbana and other prayers in Syriac. Very often sacristans were better versed in the language, liturgy, and rituals than the newly ordained priests. Young George would go to church almost every day with his grandfather and observed the grandfather in action and learned the prayers. That association instilled in him a desire to become a priest. He did most of his seminary training in the Latin tradition. All the while George kept his fascination for the Syriac language and sought out every opportunity to learn. During vacation, he would go to St. Joseph’s Seminary at Manglappuzha, Aluva and meet with such great professors as Fr. Mathew Vadakel, a singer, scholar, and composer of Syriac chants who enjoyed celebrity status in the Seminary. In the ensuing years, Fr. Appassery kept his interest in the Syriac liturgical tradition of the Syro Malabar Church and continued to learn from every available source. Currently, Fr. Appassery is enjoying retired life at the Vincentian Seminary at Angamaly and is not hopeful about the survival of the Syriac language among the Syro Malabar Catholics. The Christian Musicological Society is grateful to Joseph Thekkedath Puthenkudy who organized this interview and did the recording on his cell phone.