Qandisa alaha, during the rite of priestly ordination of Rev Kevin Mundackal. 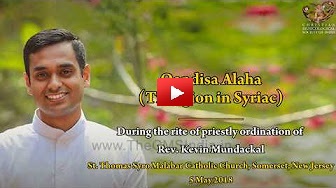 AP 86 - Qandisa alaha, during the rite of priestly ordination of Rev Kevin Mundackal.

"Qandisa alaha," during the rite of priestly ordination of Rev Kevin Mundackal