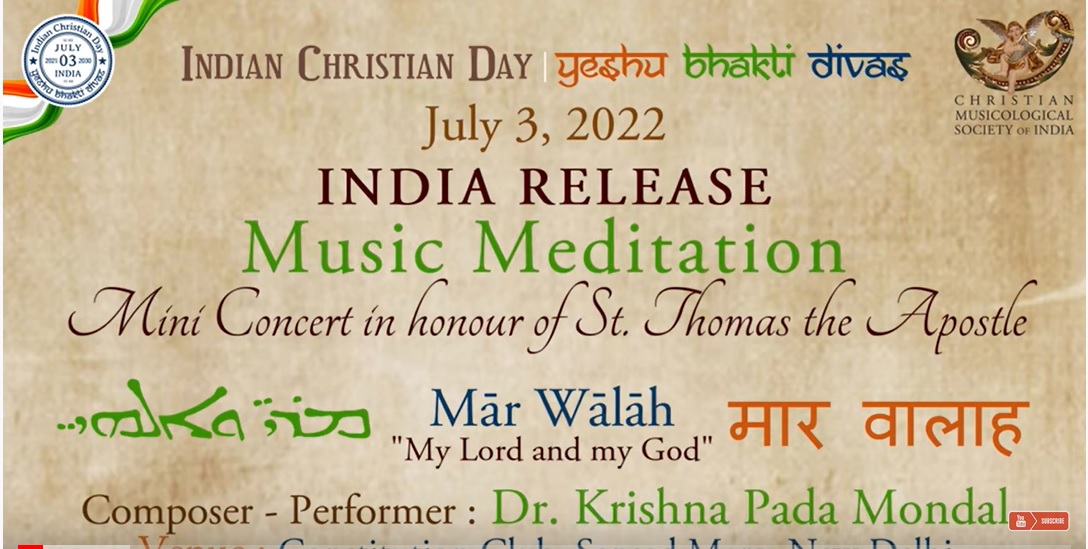 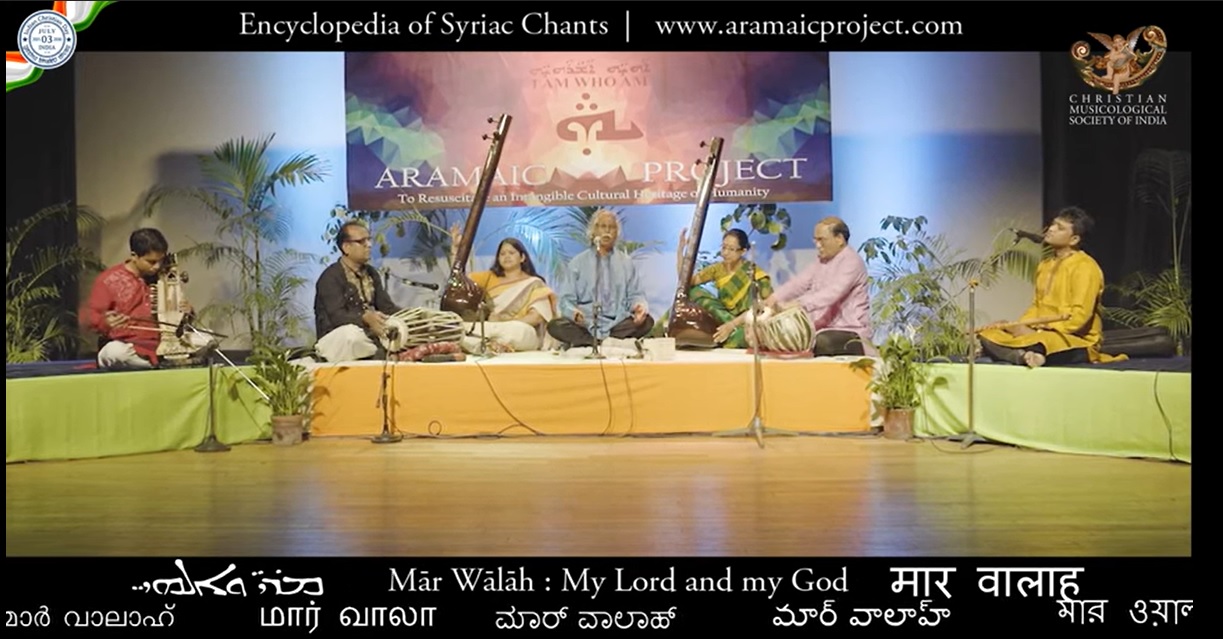 This video marks the tenth anniversary of launching the Aramaic Project, which started to preserve an intangible cultural heritage of humanity in India. Here we see a Hindustani classical music concert with Christian text in the ancient Aramaic language, for the first time. The Aramaic language and Hindustani music have a shared geographical connection to West Asia. Besides, Aramaic was one of the languages in the Edicts of Emperor Ashoka (coronation, c. 268 BC). The concert consists of just two words, Mār Wālāh (“My Lord and My God”) that St. Thomas the Apostle uttered in amazement at seeing the resurrected Jesus.

Dr. Mondal seamlessly laces the English translation into the performance. A Hindustani classical music concert with a Christian theme is new; Dr. Mondal shows us that music is an areligious combination of sound and silence, a medium to express any religious sentiment from any cultural background. The performer's goal is to take the listeners from the world of sound to the cave of internal silence and the realm of the ultimate reality beyond religion. Words divide; silence unites. The choice of Raga, too, is remarkable. The pentatonic Hamsadhwani (Sa-Ri-Ga-Pa-Ni-Sa/Sa-Ni-Pa-Ga-Ri-Sa) is believed to be of South Indian origin. The buoyant character of the Raga matches the mood of exuberant acclamation of the divinity and humanity of Jesus by the Apostle of India.

Prof. Krishna Pada Mondal is a mature musician who is bold enough to take a risk and brave enough to break the centuries-strong barriers of language and religion in classical music. The last time India witnessed such a transformation was during the rule of Akbar the Great (1556-1605) when there was a transition in Hindustani compositions from Sanskrit to Hindi.  Significantly, the video portends immense possibilities for future composers in creating a new genre of music and a different way of theologizing in India. We sincerely hope Hindustani music connoisseurs in India would discover Prof. Krishna Pada Mondal, who continues to cherish the knowledge and memories he acquired at his Alma Maters, the Depts of Music at M. S. University of Baroda, and Benares Hindu University, Uttar Pradesh, India.