Benedy Anikkad: Holding on to golden melodies from the Syriac era. 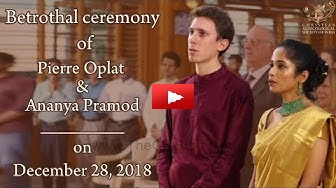 AP 128 - Benedy Anikkad: Holding on to golden melodies from the Syriac era.

Benedy Anikkad: Holding on to golden melodies from the Syriac era

We are fortunate to have been able to document yet another highly resourceful Syriac church musician. Benedy Anikad has been on the scene for over sixty years, and continue to sing Syriac chants, albeit occasionally. Significantly, Benedy holds a memory base of a large number of melodies, some of which only he knows. Benedy is a crucial resource person who lived through the transition of the Syro Malabar Church from Syriac to Malayalam. Even after vernacularization, some pastors scheduled Syriac Qurbana on such special occasions as the annual parish feast. The small number of priests, who can celebrate solemn Qurbana, continues to be active along with the small number of church musicians who are capable of accompanying those priests. For the same reason, Benedy and his group of musicians have been relatively active even after the Syriac era.

Benedy is a talented singer. He can remember many melodies from the golden age of Syriac chants in the twentieth century. Some of those melodies became obsolete after 1962. If we did not document them, they would be lost forever. Some of these melodies may not reach the current generation of church musicians. These melodies might remain in the archive as a reference point for future music historians, and also may be a source of inspiration for future composers. In any case, academic institutions that teach music, as well as religion, cannot ignore the existence and significance of these melodies.

Incidentally, Benedy was a participant at the very first recording of the Aramaic Project videos, on Friday 5 July 2013 at Marth Maryam Church at Kuravilangad. This church schedules a solemn Syriac on every first Friday of the month (see Aramaic Project-8). Five years later, we organized another recording at the home of aBenedy’s friend and violinist Papootty Master, on 31 July 2018 (Aramaic Project-138 Part I. ; Aramaic Project-139 Part II). It was a reasonably long recording session, and we could not record all the songs we wanted to. Benedy mentioned that there were many other songs in his memory to they deserve to be documented. We could not organize a recording session before I returned to the USA. Under these circumstances, Kuriachan Palackal, who manages the day-to-day affairs, including the management of the Project office in Kochi, along with our research assistant, Joseph Thekkedath Puthenkudy, volunteered to organize this recording, on 4 September 2018. This time, the recording took place at the drawing-room of the home of Bendy at Anikkad. This room, which also serves as the family prayer room, provided the proper ambiance (see the altar with three statues in the back). We are grateful to Benedy and his team and Kuriachan Palackal and Joseph T. Puthenkudy.