The six million Christians in Kerala, on the southwest coast of India, follow a variety of liturgical and musical traditions some of which date back to the early Christian era. This film explores the historical embeddedness of these traditions that came about as a result of the region's commercial, cultural, and religious interactions with the Middle East, Europe, and America.

The narrative follows the events that led to the introduction of the Chaldean, Antiochene, Roman Catholic, Anglican, and other liturgies along with the musical styles associated with them. Over the centuries, these styles have become an integral part of the musical mosaic of Kerala. A renewed attempt in the recent past to interpret Christianity in Indian terms has contributed to adaptations of semi-classical and bhajan styles of music into Christian worship. The film documents excerpts from the current practice of chants in East Syriac, West Syriac, Latin, Sanskrit, English, and Malayalam. The film also showcases a unique performance context in which Hindu instrumental ensembles share space in a church festival, indicating the extent of religious harmony that exists in the region; the festival includes several ritual elements that the Portuguese missionaries introduced in the sixteenth century.

Drawing attention to the lesser known aspects of the religious, musical, and linguistic complexity of the region, the film presents Kerala as a potential field for inquiries in an emerging area of scholarship on Christian music in India.

This professional quality 34 minute documentary is produced by the Christian Musicological Society of India in collaboration with the Carmelites of India and the Kerala Department of Tourism.
Beginning with lovely landscapes and cityscapes of Kerala, the video takes place during the visit of a North American adolescent with his family in Kerala. The boy's grandfather presents a simplified yet insightful overview of the rich and varied history of Christianity in southern India, beginning with the oral tradition of the mission of the apostle Thomas in the first century, through successive
contributions of Persian-Syriac, Portuguese, West Syriac and later British Protestant missionaries. The current and vibrant 'family' of diverse Christian communities is generously portrayed.
There are breath-taking visuals of traditional devotional practices and enchanting recordings of Syriac (Aramaic) chants accompanied on Indian musical instruments. A high point is the portrayal of contemporary Hindu-Christian spiritual synthesis, in both visual art and bhajan chanting.

This documentary wets the appetite of the Western viewer interested in this less-well-known aspect of Indian spirituality. Some aspects that further portrayals might explore are:
- the ways young people are introduced to and integrated in their faith
- the roles and degree of inclusion of women - interfaith relations between Indian Christianity and the many other Indian spiritual traditions. 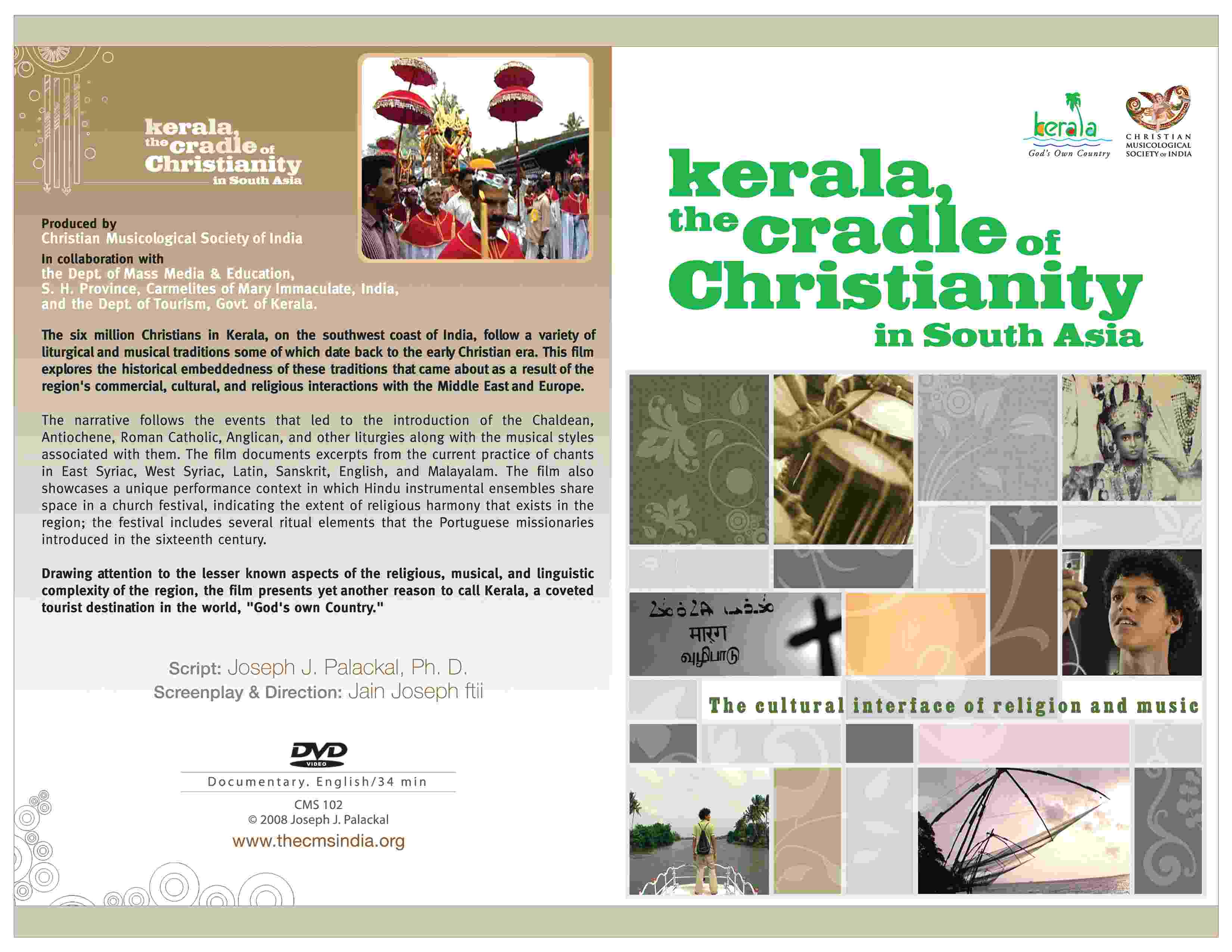