(Source for Directory of Christian Songs) 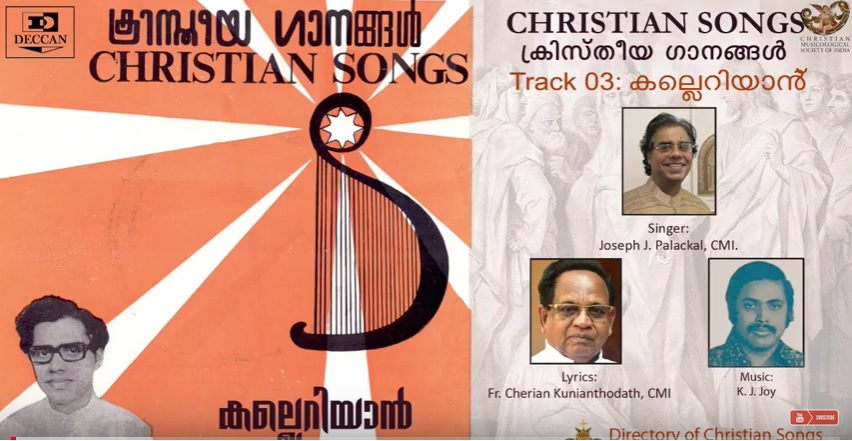 The story of my first gramophone record goes back to a chance meeting with Fr. Isaac Alappatt Palathingal, CMI (1935-2021) at Dharmaram College, Bengaluru, in 1975. Fr. Isaac was on a visit to Dharmaram after his return from the USA. Fr. Isaac happened to be in the audience when I sang on the stage with the support of the Dharmaram orchestra. After the concert, Fr. Isaac sought me out for a conversation. He said that he would introduce me to his friend, Mr. George Thangiah, who was in the process of establishing a record label. Fr. Isaac knew Mr. Thangiah in the USA while pursuing his degree in media studies. Thangiah was on an exploratory tour in the USA in search of the latest recording equipment. A few days later, I met Mr. Thangiah at his office of the HMV house on St. Mark’s Road. We had a long conversation about my singing experience for the Vanamutha radio program of the Christian Arts Association in Chennai. A week later, I signed the contract with Deccan Records. That happened to be a turning point in my life. Mr. Thangiah agreed to produce an EP 45 RPM record as a test case. I had the freedom to choose the songs. Fr. Cherian Kunianthodath, my senior at Dharmaram College, had already proved himself as a poet and lyricist. Fr. Kunianthodath agreed to write the lyrics. Meanwhile, another senior student knew a cousin of K. J. Joy, a famous film music director in Chennai. I went to his house in Chennai and talked about the Record and gave him the lyrics. On his next trip to Bengaluru, Mr. Joy came to Dharmaram and taught me the melodies. A few months later, the recording took place at HMV studios at Gemini in Chennai.

Song added to the Directory of Christian Songs (DCS)