Complete List of Resources for Researchers
RR-250 to RR-201 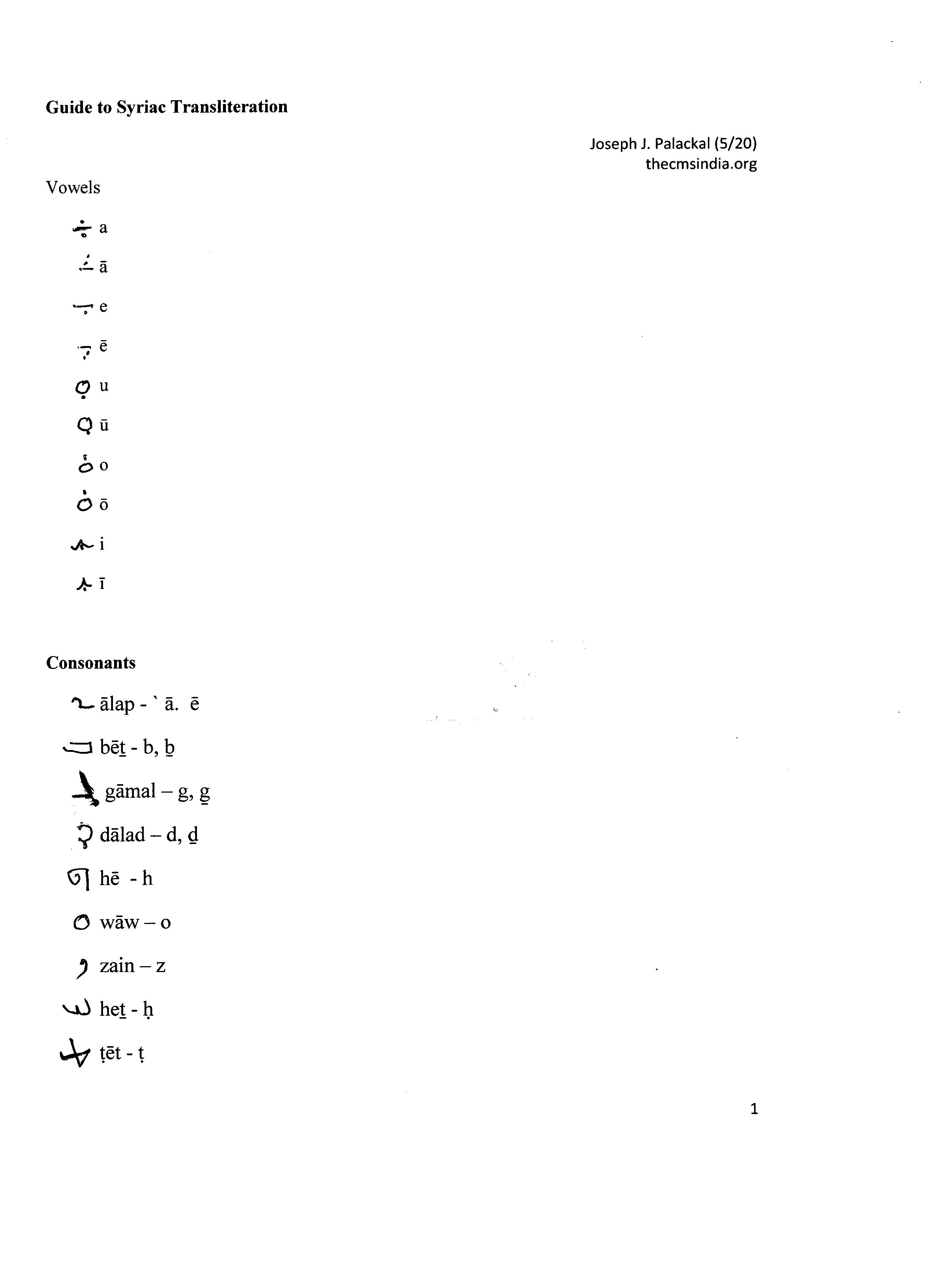 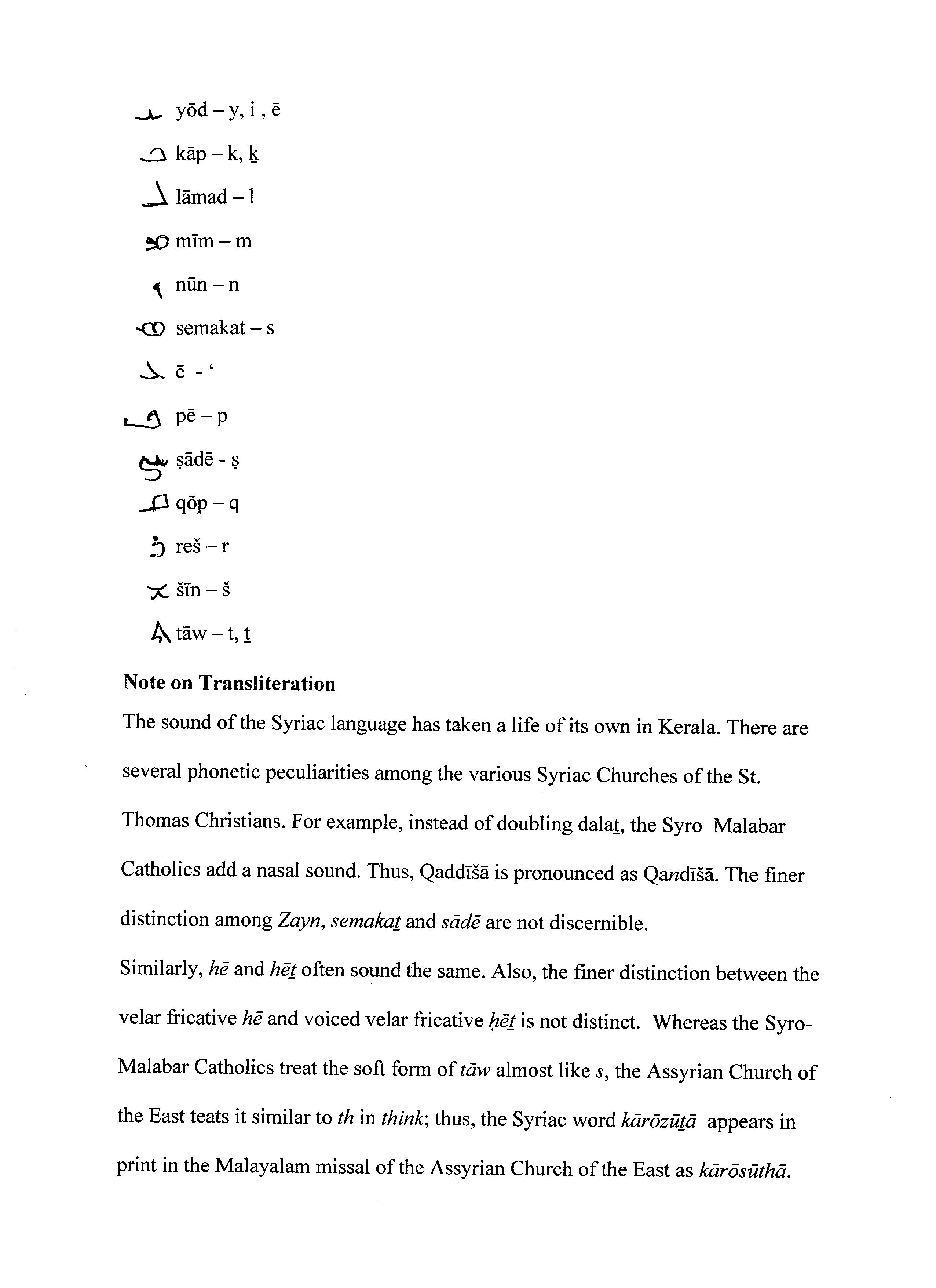 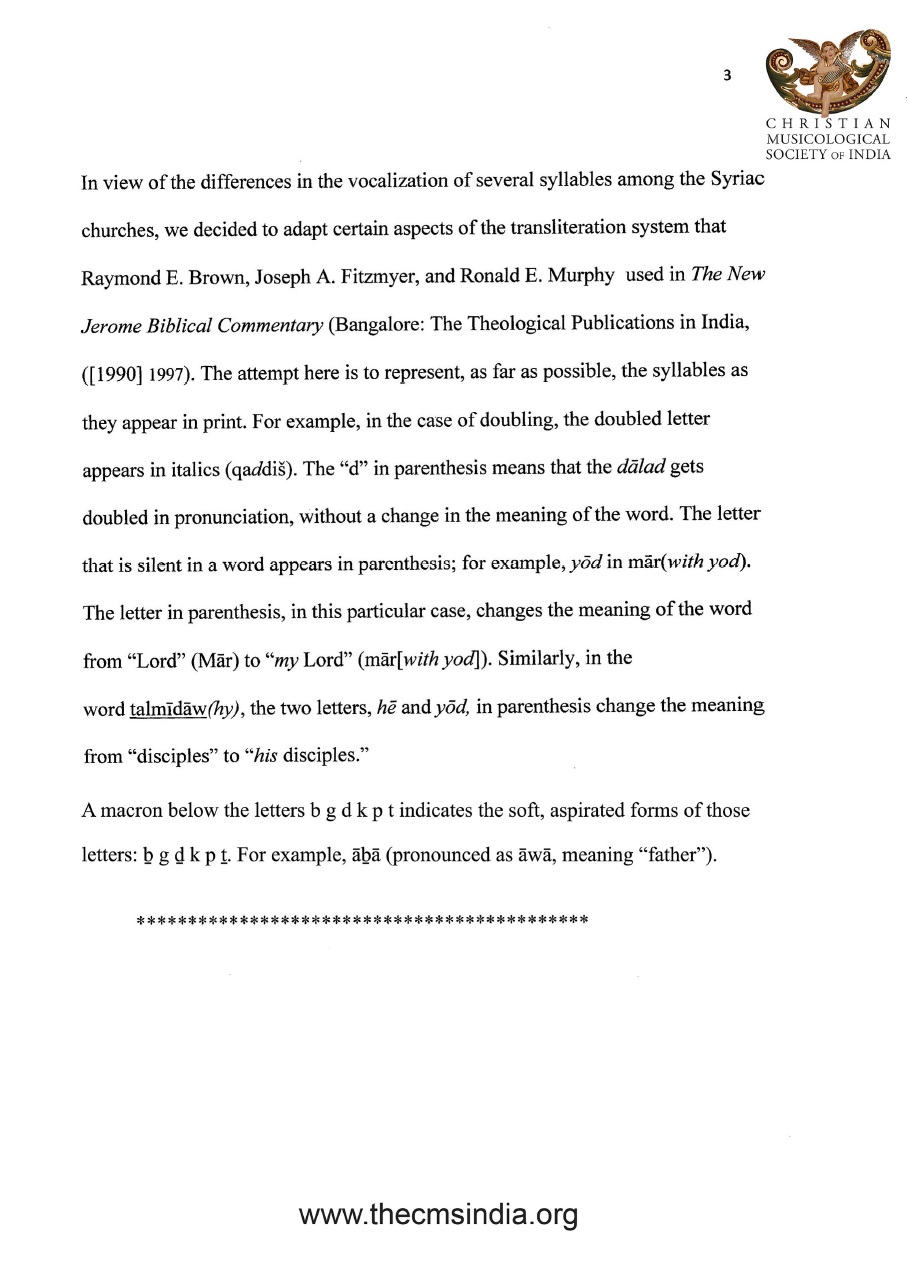 The sound of the Syriac language has taken a life of its own in Kerala. There are several Phonetic peculiarities among the various Syriac Churches of the St. Thomas Christians.omas Christians" target="_blank"> For example, instead of doubling dalaṯ , the Syro Malabar Catholics add a nasal sound. Thus Qaddīšā is pronounced as Qandīšā. The finer distinction among Zayn, semakaṯ and sādē are not discernible. Similarly, hē and hēṯ often sound the same. Also, the finer distincton between the vela fricative hē and voiced velar fricative hēṯ is not distinct. Whereas the Syro Malabar Catholics treat the soft form of ṯaw almost like s, the Assyrian Church of the East treat it similar to th in think; thus, the Syriac word "kārōzūā" appears in print in the Malayalam missal of the Assyrian Church of the East as "kārōsūthā". In View of the differences in the vocalization of several syllables among the Syriac churches, we decided to adapt certian aspects of transliteration system that Raymond E. Brown, Joseph A. Fitmyer and Ronald E. Murphy used in the New Jerome Biblical Commentary (Bangalore: The Theological Publications in India, [1990] 1997). The attempt here is to represent, as far as possible, the syllables as they appear in print. For Example, in the case of doubling, the doubled letter appears in ltalics (qaddiš). The "d" in paranthesis means that the dālad gets doubled in prounciation, without a change in the meaning of the word. The letter that is silent in a word appears in paranthesis, in this particular case, changes the meaning of the word from "Lord" ( Mār) to "my lord (mār[with yod])". Similarly, the word talmīdāw(hy), the two letters hē and yōd, in paranthesis change the meaning from "disciples" to "his disciples."