Syriac hymn in honor of the Blessed Virgin Mary. 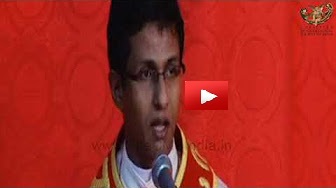 AP 105 - Syriac hymn in honor of the Blessed Virgin Mary.

Syriac hymn in honor of the Blessed Virgin Mary. Sung during the priestly ordination ceremony of Fr. Jojo Thalikasthanam, CMI

Albeit growing up in the post-Syriac era of the Syro Malabar Church, Fr. Jijo Thalikasthanam, CMI acquired an interest in the Syriac language and music during his seminary formation. It is possible that Fr. Jojo’s older brother, Jarly Mathew, who is passionate about promoting the Syriac heritage of the Syro Malabar Church, influenced his younger brother. In any case, Fr. Jojo took a bold decision to include a few Syriac chants in the ordination ceremony. Jarly Mathew led the choir. Both Fr. Jojo and Jarly continue to promote the unique Syriac (East Syriac) and language and music among the Syro Malabar Catholics, in spite of the uncanny apathy from the Syro Malabar hierarchy toward the Syriac aspect of the Church. I look forward to recorded interviews with Fr. Jojo and Jarly. May God bless their enthusiastic efforts.

In this video, we hear one of the three melodies we know so far for this chant. We do not know who wrote the text or who composed the melody. It is possible someone in Kerala composed this melody in a six-beat (1 2 +1 2 3 4) meter that is popular in South Indian Karnatak classical music.